Ahead of tomorrow’s deadline for applications to its Cape Town accelerator, Startupbootcamp Africa (SBC) managing director Philip Kiracofe has called on startups to apply to the three-month programme.

“The deadline is midnight on Thursday, please apply, it takes 15 minutes to apply,” said Kiracofe, speaking yesterday (22 May) on the sidelines of Startupbootcamp (SBC) Africa’s final pitching event before tomorrow’s deadline for applications.

The event — the Cape Town FastTrack — was held at Old Mutual’s offices in Pinelands, Cape Town.

Kiracofe said the FastTrack tour — which included 19 events in 15 countries in Europe, Middle East and Africa — had been “amazing”. 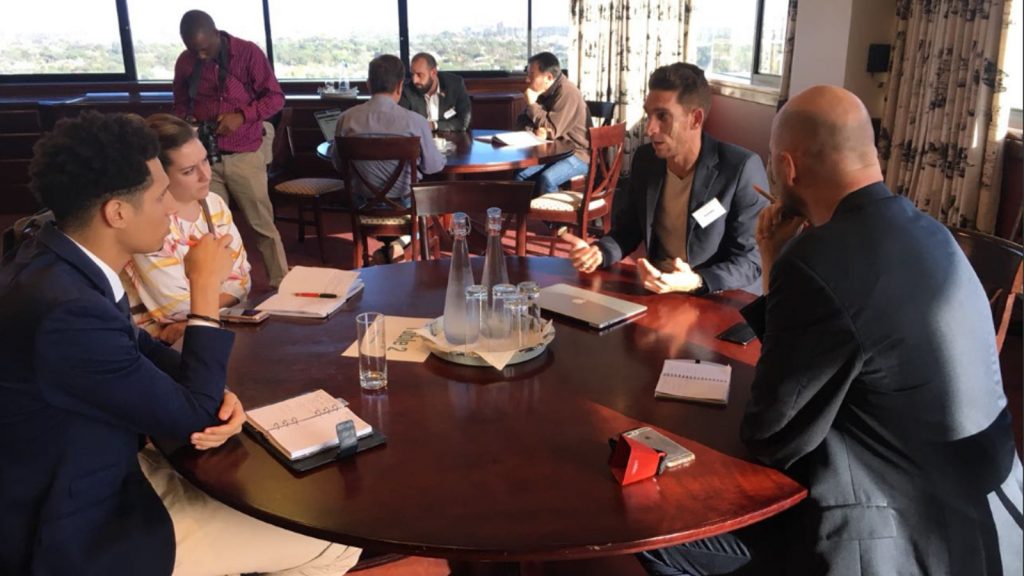 “First of all we did more fast tracks this year than we did last year. In fact this is the nineteenth one we have done in three months. Which means on average we are doing FastTracks every four days,” said Kiracofe.

He declined to mention the number of applications that SBC Africa had received so far, over concern that this may discourage startups from applying — as only 10 applicants will be selected for the accelerator. The names of the 10 would be announced on 13 July.

One of the participants at the FastTrack, Dhanyal Davidson, who earlier this year the founded Prospa — a mobile savings solution for low income earning South Africans — said it was important for him to come to the event as it would allow him to see other founders pitch and enable him to learn from their mistakes.

“For us it’s about seeing the mistakes of others, so we don’t make the same things. The second thing is that the relationships that some of the people here have are massive.

“Like getting to speak with these guys, just getting a business card from them is a big deal for a startup like us who don’t necessarily have those networks ourselves,” he said.

He added that joining the accelerator and getting access to the SBC Africa’s corporate sponsors would be very beneficial for the startup.

Jon Kornik, founder and CEO of Plentify, a startup that sells solar geysers on a pay-as-you-save basis, said he was taken by surprise by how strong the link is between Startupbootcamp and corporates.

“It’s clearly central to their value proposition. It’s been very cool being here today and talking to the various partners that they have on-board. There’s corporates here who I would never have thought to reach out by myself,” Kornik added.